This condition is also known as parturient paresis as it occurs around calving time (parturition time). It occurs or is caused by a drop in blood Calcium level caused by extra Calcium drain from the blood into the milk at calving coupled with the inability of the cow to change her metabolism rapidly enough to keep blood Calcium level up. It is most common in breeding cows and especially older, high producing cows and again more commonly in autumn calving cows. In sheep, milk fever or lambing sickness as it is commonly known can occur at any time during the final six week of pregnancy.

It is frequently associated and triggered by stressful events such as housing, gathering for vaccination and periods of harsh weather. Therefore rather than being a simple dietary deficiency, milk fever occurs due to failure in the homeostatic mechanisms that regulate blood calcium levels. This is a condition all farmers should look out for and prevent as dry season or winter is approaching hence feed and nutrient deficit is about to come but mostly because as a farmer one needs to condition their animals well so that they have a smooth calving time without complications. Increased risk occurs with cold, wet conditions, poor nutrition prior to calving,age and breed.

Preventative measures for sheep should include a suitably balanced mineral mix in the late pregnancy ration and the avoidance, as much as possible, of undue stress for ewes that are heavy in lamb. 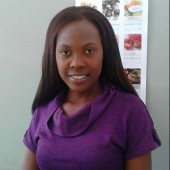 The first thing that a farmer should do after lambing is to make sure that …
Articles, Health
More

Blackleg is an infectious disease of cattle and sheep caused by the bacterium Clostridium chauvoei. …
Articles, Health
More

Coccidiosis is a gastrointestinal disease (affects the intestines) of farm animals. Coccidiosis is costly to …
Articles, Health
More