Types of worms that can affect your herd

Symptoms of animals with worms

As a cattle owner, you need to recognize the symptoms of worms in your cattle so that you can alert your vet to medicate your herd and prevent serious worm problems from developing. A regular worming schedule can protect your cows from developing a significant

The aim of any worm control strategy is to prevent the exposure of young susceptible animals to high levels of infestation on pasture in the second half of the grazing season. This can be done using:

NB: However control of roundworms by clean grazing alone is impractical on many farms, due to lack of available clean grazing. Wormer [anthelmintic] treatment is often necessary.

When to dose cattle

Mature cattle may be relatively immune to worm infections, although there has been work to show that worming adult cattle at certain times of the year can be beneficial for production. Discuss with your vet or prescriber how this may affect your farm. 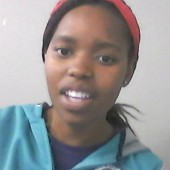 This is a common and serious disease in sheep and goats. A number of different …
Articles, Health
More

All ruminants (including sheep, cattle and goats) require cobalt in their diet for the synthesis …
Articles
More